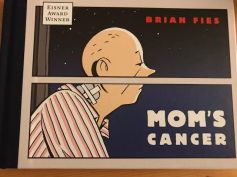 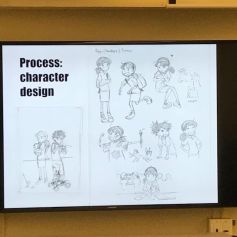 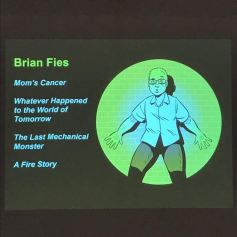 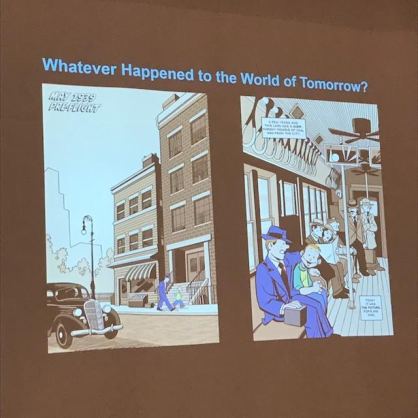 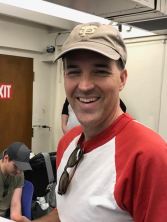 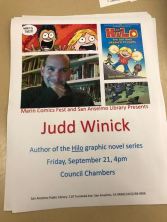 Thank you to everyone who came out this past Saturday to see Brian Fies at the Belvedere Tiburon Library and Svetlana Chmakova at the San Rafael Public Library. We even had a few notable attendees including Jason Whiton, author of the newly released Talking Mort Walker: A Life in Comics and curator of the ’60s secret agent/pop culture blog Spy Vibe, and upcoming MCF guests Ian Lendler (Sept. 27 at the Corte Madera Library) and Judd Winick (photobomb only).

Brian started off with an engaging primer on the medium of comics and the narrative power that it holds. After a short overview of his own award-winning career, he spoke about A Fire Story, the chronicle of his family’s heartbreaking experience during the wildfires in Napa and Sonoma counties last fall. The hastily drawn, diary-like comic strip that he posted online after the loss of his own home went viral, earned an Emmy Award as the subject of a KQED community news segment, and will be expanded into a full-length graphic novel due out next year.

Svetlana, who was born in Russia then moved to Canada in her teens, jumped right into her story that involved earning a diploma in animation, creating the Eisner- and Harvey Award nominated manga Dramacon, and becoming a rock star among tween readers as well as teachers and parents thanks to her graphic novels Awkward, Brave, and the soon-to-be-released Crush. Set in the fictional Berrybrook Middle School, the series touches on real world issues such as fitting in and bullying.

We thank both creators for their time and insight into the creative process.

There are plenty of events still to come, so please check out our schedule. We hope to see you soon.